You are here: Home / About Us / History

College Manor, in Lutherville, MD near Baltimore, had its origin as the Maryland College for Women. In 1911, the building was constructed on the foundation of the Lutherville Female Seminary which eventually burned to the ground in 1909. The new building was meant to be indestructible with 18 inch thick concrete walls and limestone facade giving it a castle-like image.

William Hanson “Dinty” Moore purchased the four-year liberal arts college, along with S. Duncan Black, in the village of Lutherville, Maryland in the late 1920s. The two men got into a card game one night for sole ownership of the school, and Dr. Moore won, buying out Mr. Black for his portion of the school. He made himself Provost, then President of the College until 1952. Dr. Moore married one of the students, Mabelle Symington, of Long Island, New York.

After listening to some of the giants in the financial world, he began what was then a relatively new idea, a senior living home. One of the housemaids for the college facilitated the transition from a college for women to a home for senior citizens in a little under two months. The college closed down in May, and College Manor admitted its first resident in July of that very same year! The residents’ care was supported by nurses, cooks, maids, butlers and limousine drivers.

His daughter, Jane Banks, has carried on the business of learning from the ground up. She has participated in almost every department since it’s inception, and has even spent a few winters living among the residents. She has seen the facility evolve from a Nursing home to a Domiciliary Care facility to an Assisted Living. Mrs. Banks has been the owner since her father’s death in 1987.

All four of her children have been involved in the business and two of her grandchildren have worked there. Her daughter, Bunny Renaud, is the Nurse and Assisted Living Manager, and her son, John Horine, is Director of Operations.

The building has maintained the charm of its college roots along with its historic neighborhood.

We are more than a home for seniors, we are your family. 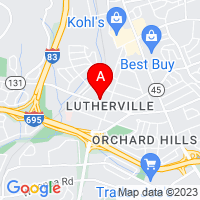